Here we come to the end of 2020. To paraphrase the Grateful Dead, “What a long, strange trip it’s been.” I’ve seen many people posting Facebook memes or tweets saying that this was the worst year ever and that they can’t wait to kiss it goodbye.

While this has not been the best year on record, I feel guilty for wishing it out the door. See, because I am still alive, and every day on earth is a gift.

Have you ever heard of the 4.2 kiloyear event? I hadn’t. There is a great YouTube channel called UsefulCharts.com, and by way of easy-to-understand graphics, it explains history. A while back I came across their chart “Timeline of World History | Major Time Periods & Ages,” which illustrates the concurrent historic events of the world across time periods.

Approximately 4.2 thousand years ago an event happened that experts aren’t exactly sure what caused it, but nevertheless, it resulted in 100 years of extremely dry conditions that wiped out fledgling civilizations around the world. It really was a reset.

Jump ahead a few thousand years, and we come to the year 536 A.D., which many historians site as the worst year ever.  Europe, The Middle East and Asia were plunged into darkness. According to the Byzantine historian Procopius, the sky was dark for 18 months, writing: "For the sun gave forth its light without brightness, like the moon, during the whole year." Without the sun, temperature on earth fell, ushering in the coldest decade in 2,300 years, resulting in crop failures and mass starvation. The Chronicles of Ireland recorded "a failure of bread from the years 536–539."

Evidence found in tree rings and the polar ice caps point to a cataclysmic volcanic eruption in Iceland that spewed ash around the world, blotting out the sun and changing the course of civilization. To make things even worse, shortly after that, the Justinian plague broke out and rampaged the world, wiping out one-quarter of the world’s population and hastening the fall of the Roman Empire.

Skip ahead to the lovely year 1346 when the Black Death swept Europe, wiping out 60% of Europe’s population. A little over a hundred years ago in 1918, we had the tragic trio of World War I, the Spanish Flu epidemic and the Russian Revolution. The year 1968 was no picnic either as assassinations, civil unrest as well as the Vietnam war raged.

So yeah, 2020 wasn’t the worst, and no, it certainly wasn’t the best year ever, but as we turn the page on a new calendar, let’s acknowledges our losses, be grateful for what we brought out of the year and stake our hopes on a better 2021.

This article originally appeared in the December 2020 issue of Northern Connection magazine.

Posted by Janice Lane Palko at 10:37 AM No comments: 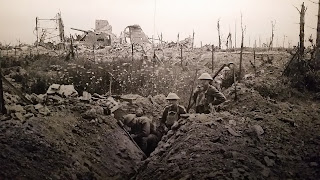 Posted by Janice Lane Palko at 6:19 PM No comments:

The Rules Are: There Are No Rules!

After all, the law is just so much grammar.  - Robert Brault

Bear with me and read this little passage:

When the family arrived at the hotel, they dropped off her luggages. At the restaurant, they will eat dinner and ate dessert. They accidentally

What the heck was that, you may be wondering? The above example is an illustration of what the written word would be like without grammar. No one would ever write like that unless they were an illiterate you may think. But if our crazy world has its way, this may become acceptable because recently, the misguided Rutgers University’s English department declared that proper grammar is racist, saying:

"This approach challenges the familiar dogma that writing instruction should limit emphasis on grammar [and] sentence-level issues so as to not put students from multilingual, nonstandard, ‘academic' English backgrounds at a disadvantage," department chairwoman Rebecca Walkowitz said. "Instead, it encourages students to develop a critical awareness of the variety of choices available to them [with] regard to micro-level issues in order to empower them and equip them to push against biases based on ‘written' accents.”

I don’t even understand that gobbledygook, and they are supposed to be the experts. Think this is only Rutgers? Think again. Anarchists are not content to demolish every institution from government to religion, they are throwing out all the rules of the written word we have spent years as students learning.

Though not tied to racial issues, nevertheless all the rules are being tossed out like the trash.  According to an article last year in Inc. there was an incident between a young employee and boss that illustrated just how bad things have gotten. When the employee spelled the word “hamster” with a “p” in a communication, her boss asked her to correct it, pointing out that there is no “p” in hamster. The employee replied, “But that’s the way I spell hamster and that’s all that matters.” And then the employee’s mother called to berate the boss!

The purpose of grammar is to provide a framework for conveying clear meaning in communications—so people can understand each other. As someone who has made a living with words, I think this move to throw out the rules of grammar is not only absurd and just another indication of how far our society has declined, but it is racist as well. It assumes that those people of color cannot master the rules of grammar. Tell that to Frederick Douglass, who taught himself to read and write and penned several books. Or Martin Luther King who wrote the inspiring “Letter from a Birmingham Jail.” Not to mention Thomas Sowell, who has written 30 books or the excellent black teacher who taught English at my children’s school and the scores of other black writers.

Black educators and authors like former Vanderbilt and Princeton professor Dr. Carol Swain, said that relaxing the standards for minority students is “demeaning.”

Before the Civil War, there were anti-literacy laws on the books in some states that prohibited teaching slaves how to read and write. The thinking was that teaching a slave would make them dangerous and would encourage a slave revolt. While those laws were reprehensible, they at least they respected the intellect of black people because they believe that they could learn grammar. Rutgers and all who advocate for throwing out the rules should be ashamed because they presume that blacks do not have the acumen or intelligence to learn. That is not only racist; it’s a disgrace.

This article originally appeared in the September 2020 issue of Northern Connection magazine.