With the dismal state of the economy, you can’t avoid hearing commercials about investing in precious commodities such as gold or silver. While you may not have the capital to invest in those types of instruments, every day no matter your balance sheet, you make an even greater and possibly more risky investment—and that is where you place your trust. 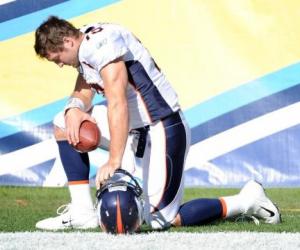 I don’t know if it has always been this way, but it seems that for the last few years, as a world we’ve been overdrawn in our trust account. John Edwards, Tiger Woods, Princess Diana, Prince Charles, Bill Clinton, Anthony Weiner, Mark Foley, Herman Cain, Jerry Sandusky, Ashton Kutcher, the list goes on—all of them have been proven or have been alleged to have been deceiving someone close to them and to a greater extent, society. This week, National League MVP Ryan Braun tested positive for performance-enhancing drugs.

Disturbing behavior is not limited to the national stage. Recently, Rev. Bartley Sorensen, pastor at St. John Fisher, Churchill, was arrested on charges of possessing child pornography. On December 13, former North Allegheny School District basketball coach Leon Boretzky, Wexford, struck a plea deal after being accused of inappropriate sexual behavior with a 14-year-old girl. It seems that not a week does not go by that a teacher is not reported to have molested a child or had sex with one of his or her students. I don’t know about you, but it’s making me a bit gun-shy when it comes to placing my trust in people.

I trust my parents and siblings, my husband, my children and friends and co-workers, but I interact with them every day so it’s easier to see if their deeds match their words. But when it comes to strangers and national figures, it’s much harder to judge a person’s character when all that we are presented with is their polished public persona.

Then, enter Tim Tebow. In case you don’t know Tebow’s story, his parents were Christian missionaries in the Philippines when his mother, while pregnant with him, contracted a rare disease and was advised to abort him. She refused and went on to homeschool Tim and his siblings. Prior to enrolling at the University of Florida, he spent three years doing missionary work. Once at Florida, he led the team to two NCAA Championships and became the first sophomore to receive the Heisman trophy. He was a first round NFL draft pick in 2010 for the Denver Broncos. A committed Christian, Tebow has become a divisive figure. People either love him or hate him. Why? Because he advocates for his Christian beliefs. The term “Tebowing” has come into the vernacular as a reference to his practice of taking to a knee and bowing in prayer. He has been imitated and mocked for this.

Tebow began this year’s NFL season as the backup quarterback for the Broncos. But an injury to the regular QB put Tebow in the spotlight. Since then, he has led the team to r seven wins in eight games, the last six being straight in a row. By the time this goes to print, the Broncos may have already snapped that streak, but what Tebow has wrought has been amazing.

Last Sunday, I had my Twitter feed up when I noticed the hashtag #TebowTime appearing in one of the tweets, which indicates a trending topic. I clicked on that hashtag and told my husband to see if the Broncos game was on. It wasn’t here, but my son called from Washington, D.C., where the game was airing and he provided play-by-play for us. As Tebow led the Broncos to an improbable, wild, come-from-behind win, the Twitterverse went insane with people Tweeting about Tebow--with approximately 98 percent of them being positive about him.

There have been other great quarterbacks and stunning victories and other dramatic sports stories before so why so much commotion about Tebow? I believe we are so starved for a person who we can trust, who we can admire, who actually practices what he preaches, that we want Tebow to succeed. I think we are all sick of liars, cheats, and perverts. I want Tebow to win and I want to believe in his good character, but I’m almost afraid of investing my trust in him for fear of being burned again. But we’ve lived so long with “Say it ain’t so, Joe,” I think we are all eager to say “Make it be so, Tebow!