I Know You Are, But What Am I?

Several times over my life, my mom referred to an incident that happened when she was a teen, something which captivated the country. On October 19, 1953, entertainer, movie star, radio and television broadcaster, Arthur Godfrey shocked the nation when he fired, live on-air, the handsome, young singer Julius La Rosa on his show, Arthur Godfrey Time.

La Rosa’s crime? Godfrey, the most powerful man on air, stated in a press conference after the firing that he had let La Rosa go because the young crooner had lost his “humility.” Could you imagine someone being fired today for lacking humility in this age where people are constantly flaunting themselves on social media?

My mom often related that incident as a cautionary tale when I was a kid and would complain about someone being too full of themselves. That story had always stuck with me and always made me wonder exactly what is humility or what it means to be humble? I’ve never had a great handle on what it is, but in researching it, I’ve learned that humility is not being poor or meek or self-effacing. In essence, to be humble is to know your strengths and weaknesses and your place in the order of things. In spiritual circles it boils down to knowing that you are flawed and not God.

Nearly 70 years later, after the Godfrey-La Rosa incident, it’s hard for us who weren’t alive back then to comprehend what a big deal the firing was at the time. Godfrey, who had been a beloved entertainer since the early 1940s had polished a down-to-earth, genial persona and commanded the airwaves, appearing up to six times a week on nine broadcasts over radio and television. The firing of the popular La Rosa, who was 23 at the time, ignited outrage and made him even more popular. As a result, Godfrey became the butt of comedians’ jokes and a satire song by singer Ruth Wallis called Dear Mr. Godfrey, which skewered him with lyrics like this:

Though La Rosa was painted as lacking humility, the story behind the firing revealed that it was Godfrey who was vain, controlling, egotistical and jealous of his young star, who was receiving more fan mail than he. Godfrey never recovered from the firing incident; by the 1960s, he was pretty much a has-been. He died in 1983 at the age of 79. Conversely, La Rosa continued to appear on television for the next several decades, including on a 1980 episode of Laverne and Shirley and starring in the 1980s in a recurring role as Reynoldo on the soap opera, Another World, for which he was nominated for a Daytime Emmy Award. He died in 2016 at 86.

It has been reported that Godfrey and La Rosa ran into each other on the street in New York City shortly before Godfrey died, and Godfrey hugged La Rosa, who welcomed the opportunity to bury the hatchet. 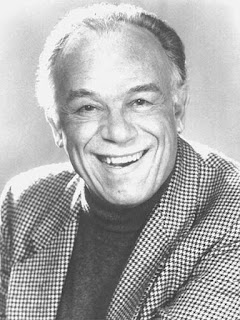 
In retrospect, Godfrey must have sensed deep down that he was a small man. Why else would he have cultivated such a welcoming on-air personality? But he must have felt so threatened by the upstart La Rosa, that he projected his flaws onto him. The Godfrey-La Rosa incident reveals a lot about human nature and is a lesson for all of us of how we often project onto others that which we despise in ourselves.

This article originally appeared in the March issue of Northern Connection magazine.

Posted by Janice Lane Palko at 2:44 PM No comments: