Buying My Own Set of Clippers

Herman Cain, the GOP presidential candidate, has been in the headlines a lot lately.  He's surging in the polls and recently won the Florida straw poll.  I'm not here to discuss the presidential race, but something I learned from Herman Cain that writers and anyone, really, can use.

Herman Cain has a biography coming out, and although I haven't read it, I did read one review.  The reviewer related one episode in the bio about how Cain, when he was a young man, went into a barber shop for a haircut.  The barber refused to cut his hair because he was black.  So what did Cain do?  Did he call the NAACP?  Did he call for a boycott of that barber shop?  Did he call the media?  No, Cain bought a pair of hair clippers and learned how to cut his own hair--something he still does. 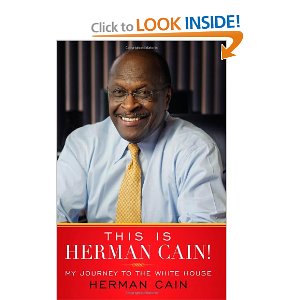 Now, I don't care what your political persuasion is, you have to admire someone who encounters an obstacle and devises a way to surmount it.  Cain didn't become a victim but a victor.

This type of can-do attitude is what has brought me to the decision to independently publishing my novel, Not Every Girl.  The obstacle has always been getting an agent to represent my book. Several months ago, I revamped my website and posted the first chapter to the novel in hopes that one of the agents would stumble upon it and bestow their favors on me.  I also linked it to Facebook.

Well, something better happened.  I went to a neighborhood function and several of my neighbors (thanks Peggy & Patti) asked where they could buy my book? I also had a relative message me as to where they could get my book.  I told them it wasn't published, that I was still shopping it around to agents.  They all thought my book would be something they would like to read.  Their comments sparked a revelation--I had found my market.   Without the help of an agent!  Most of the agents I queried were young NYC professionals, and I doubt any of the "Sex and the City Crowd" would relate to what I write, but others do.  That's another reason why I'm going indie.


So I'm buying my own set of clippers, so to speak.  If you are thinking about it too, here are two great websites:

A Newbie's Guide to Publishing  Joe Konrath pens this blog, and he has convinced me that going indie is the wave of the future.

The Writer's Guide to E-Publishing   The site has many resources


Enjoy whatever remains of September!

Posted by Janice Lane Palko at 5:47 PM No comments:

Well, I'm going to do it.  I'm going indie. For those of you who don't know what that means, I'm not starting an indie rock band.  No, I've decided to join the revolution and independently publish my novels.  Until recently, I would have never gone this way as I believed the acquire-an-agent-who-secures-a-publisher route was the gold standard for publication.  In fact, when I received a press release from someone promoting a self-published book at the magazine a few years ago, I dismissed it. When my coworkers, who have very little interest in the world of publishing, asked why I didn't think highly of self-published books, I explained it to them this way:  It's like paying for sex.  If a guy was really hot, he could probably hook up with any babe he wants because of his attractiveness.  But if he wasn't so hot, he'd probably have to pay for the favors.  If a book was really good, publishers would be fighting over it, but if it wasn't, the writer would have to pay to get it into print.

But things have changed.  And I must eat my words.  Due to a very busy few years, I've not really paid attention to what was happening in the publishing industry, but with the advent of technology like the Kindle, the way we write, sell, distribute, buy, and read books is changing.  Presently, I'm trying to learn as much as possible about this exciting new opportunity.  As I progress through this process, I hope you'll join me.   I think my first release will be "Not Every Girl."
Posted by Janice Lane Palko at 11:50 PM No comments:

I saw The Help recently, and I thought they did a very good job of adapting the book.  I think this story is the best look at racial issues since To Kill a Mockingbird.  The theater was filled with white woman.  I don't know any African American women who have read The Help.  I'm curious as to whether black women have embraced this book as their white counterparts have.
Posted by Janice Lane Palko at 9:33 PM No comments: