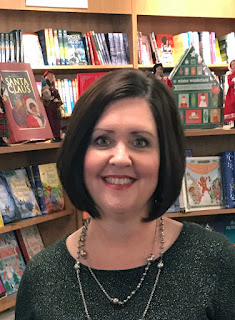 This originally appeared in the May 2018 of Northern Connection magazine.

“What is that on your foot?” I was around seven years old when I asked my mother that question. “It’s a callus,” she said. “You’ll have them when you’re older.” No way, I thought. My feet are never going to look like that.

“What’s that thing?” I was around eight years old when I asked my grandmother that question. “It’s a needle threader,” she said. “I can’t see the eye of the needle anymore. You slip this little metal loop through the needle’s eye, and then put the thread though the loop. Then you pull the loop through the eye, and it threads the needle. When you get older and can’t see as well, you’ll need one.” No way, I thought to myself. My eyes are never going to get that bad.

“Oh, my leg,” moaned my great-grandmother as she came down the steps. “What’s wrong with your leg?” I was about 10 when I asked that. “Things wear out when you get older,” she said. “I hope you don’t get knees like mine.” No chance, of that I thought. I’m never getting old.

Flash forward to today where I regularly remove calluses from my heels, and I now use a needle threader. By the time, you read this, I will be home recovering from knee surgery. I tore a meniscus in my left knee seven years ago, and after babying it and enduring pain off and on, an MRI recently revealed that I now have an acute meniscus tear and insufficiency fractures, for which the surgeon plans to perform a subchondroplasty. The procedure entails drilling into my leg bones (yikes!) and injecting them with calcium phosphate, which will then harden and repair my bones.

As I was limping down the stairs the other day after receiving that diagnosis, I felt a stab of pain in my knee. “Oh, my leg,” I reflexively yelled, and then stopped in my tracks as I flashed backward four and half decades and realized that I have now become my great-grandmother. And not only her but my grandmother and my mother.

But then it occurred to me that maybe that is not so bad. My vows to never to turn into them was a revulsion to aging, which I don’t think anyone embraces, and not the people they are and were. My mom, grandmothers, and great-grandmother were all loving, kind and giving–women who would sacrifice anything for their loved ones.

So yeah, even though I don’t like getting older, I’m okay with turning into them because being them is a pretty admirable way to be.