Power to the People?

The day the power of love overrules the love of power, the world will know peace – Mahatma Gandhi

Power. That word is tossed around a lot these days. He rose to power. They transferred the power. Who has the power? We need to empower.

But what is power? The Merriam-Webster dictionary says that its: the ability to act or produce an effect.

In and of itself power is neutral, but often, like most things in this world, it tends to run toward the nefarious when wielded by most humans. It was Lord Acton who said, “All power tends to corrupt and absolute power corrupts absolutely.” It’s the rare bird that doesn’t let power go to his or her head. That is one reason why I admire George Washington so much. After the Revolutionary War, he was such a beloved leader, that the new county was willing to make him a king, but he declined, wishing to leave the power to run the country with “We the people.”

Why do people covet power so much? I don’t think it so much the power that those who seek it really desire. I believe it’s some combination of a desire for notoriety, wealth, and the ability to make others do want you want that seduces people. We can all name power-hungry despots.

As I was thinking about power, I realized how few people aspire to service anymore. And it seems to me that those with the greatest legacy are those who didn’t possess power but pursued a life of service.

Sadly, when I searched the internet for the “greatest human beings to have ever lived” I came up with results like Hugh Hefner, Elvis, and Hitler. No matter how I rephrased the search terms, I kept getting results like that.

So, who would be on your list of the greatest people to have ever lived? I’m not talking about billionaires who are lauded for throwing their excess wealth at a problem or people, but those whose got their hands dirty for love of their fellow man. 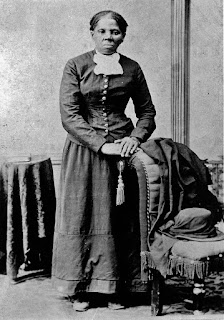 
Off the top of my head, I’d say some of the greatest humans to have ever lived were Mahatma Gandhi, Oskar Schindler, Corrie ten Boom, Harriet Tubman, Mother Teresa, Sts. Maximilian Kolbe, Damian of Molokai, Francis of Assisi and, of course, Jesus. All of them helped or saved others at the expense of themselves. 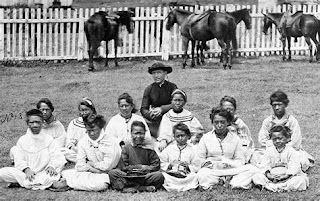 
Funny, none of those people were ever crowned a king, elected president, or arose to positions of great earthly power. Yet, they changed the world for the better. With the state of our world, perhaps its time we focus less on accumulating power and instead encouraging one another to humble ourselves in loving service to others.

This article originally appeared in the March 2021 issue of Northern Connection magazine.

Posted by Janice Lane Palko at 7:08 PM No comments: